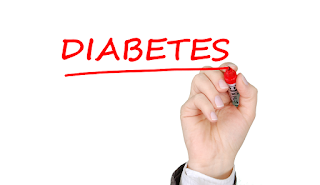 The urine test, which identifies early markers of kidney damage, isn't routinely undertaken by GPs and nurses in annual reviews, sometimes because many patients are reluctant to provide a urine sample.

A new UK-wide survey, conducted by Napp Pharmaceuticals, suggests 54% of GPs and nurses who treat patients with type 2 diabetes don't perform a vital routine test annually, which is used to identify early markers of kidney damage.

The Urine Albumin-to-Creatinine Ratio (UACR) test is used to detect protein in the urine, signalling kidney damage which can lead to fatal complications.

According to survey respondents, the UACR test, recommended by UK guidelines for diabetes management isn't administered annually to all patients as it should be because many patients are unwilling to provide a urine sample (38%, most frequent reason given by healthcare professionals.

Chronic kidney disease, the progressive, irreversible destruction of the kidneys, has far reaching effects on the body, especially the heart.

Kidney function naturally declines with age, but this decline is accelerated in 1.9 million patients who also live with Type 2 Diabetes in the UK.

In these patients, any kidney damage results in a 23% increased likelihood of death over 10 years, compared to only 12% for Type 2 Diabetes  alone.

Early identification of kidney damage, as identified through theUACR test, can help provide a ‘window of opportunity’, where rate of damage can be slowed or halted with correct treatment and lifestyle changes.

Diagnosis, prevention and slowing the rate of decline in kidney disease is critical to the successful management of the known co-morbidities in Type 2 Diabetes.

It's also a vital factor in reducing the strain on services used to manage Type 2 Diabetes. Diabetes is estimated to cost the NHS £14 billion per year. Over 80% of those costs are the result of managing complications of the disease, including those associated with the kidney and the heart.

Routine kidney function testing is an important way of identifying those people who are at risk of disease progression.

Dr Kevin Fernando, GP with Specialist Interests in Diabetes & Medical Education, North Berwick Health Centre said: “The kidneys are often overlooked in favour of the heart in the treatment of Type 2 Diabetes.

"But if you protect the kidneys, you can help protect the heart. Any sign of accelerated kidney damage, no matter how early, multiplies the risk of death. By making a small change to clinical practice to routinely measure kidney function and motivate patients to provide samples, doctors and nurses have an opportunity to spot damage early and positively intervene in those patients who are identified as being at risk.”

According to the HCPs surveyed, the most frequent reason given for not conducting the UACR test is that patients are unwilling to provide a urine sample.

This may be because patients are unaware of the impact of kidney damage on their health, as the vast majority of patients do not ask about it in their annual diabetes review.

Awareness and action on kidney damage are a partnership between the healthcare professional and patients. Despite 79% of HCPs surveyed admitting that they knew the UACR test should be used as best practice, 75% underestimated the impact of kidney disease on cardiovascular mortality.

Once they were told of the level of risk, 85% responded that their colleagues would be more likely to conduct kidney function testing if they were aware of the true increase in risk of death.

A spokesperson from the National Kidney Federation said: “Effective diabetes management means more than just blood sugar control. So many patients and doctors are unaware that kidney damage is occurring and just how serious it can be for someone with diabetes.

"If patients knew the true impact of kidney disease, they may be more willing to provide a urine sample to help prevent further decline. We call on patients to learn about their health and for doctors and nurses to take the time to explain that by giving a urine sample we can identify any kidney disease, to monitor its progression and predict future health.”

Dr Aisling McMahon, Executive Director for Research, Innovation & Policy at Kidney Research UK said: “These survey results are sadly unsurprising, indeed they bear out findings from our own research among people with diabetes. Large numbers of people within this patient group are unaware they are at increased risk of developing kidney problems, and how life-limiting those kidney problems can become. Having a simple urine test can help diagnose kidney problems early, and treatment and adjustments to lifestyle can make an enormous difference.”

The survey, commissioned by Napp Pharmaceuticals, was conducted online via the physician network, SERMO during October and November 2019. Only UK Practice nurses and GPs who confirmed they were actively involved in the management of patients with T2D were able to participate.

Anyone who wants to know if they are likely to be at risk of developing kidney problems can take Kidney Research UK’s quick online health check: https://kidneyresearchuk.org/kidneyhealthcheck/

Image with permission from www.pixabay.com

That's Books and Entertainment: PEP Talk: In this new book by expert Ken Hancott, we learn that sometimes, a PEP Talk is what we need to get us motivated and raring to go, again. ...
Posted by Martin S at 07:48 No comments: